Am I joking? No. My husband's best friend decided that his bank character, to be as swank as possible, needed a title. "The Noble." I'll be interviewing him after the break.
I rabbit costumed Husband's Best Friend's Bank Alt in Un'goro for [Hard Boiled] and decided to teach a level 52 the foolishness of killing a level 1 with two 80 escorts. Final score: 4 me, 1 his rogue main with a full 5 minute chase where he tried to up his score to 2 (he was angry that I ruined his escort quest) and a wacky aftermath where I hid and my druid friend came back and encouraged me to yell random 4-letter words such as "Hiya!" and "Pink!" to lure the rogue out so he could pounce him.
(I conspicuously left all the other alliance in the area alone, waving and smiling and letting them get the thorium I wanted if they reached it first.)
He didn't come back to try and kill me, but I did get whispered and asked for help with a quest because I'd made my presence known with all that yelling. I didn't reply because I didn't want to go back out with a homicidal main parked in the area and gunning for me. I also had gotten all the kills on his alt that I wanted, so I hearthed.
Moral of that story? Violence begets violence which begets more violence.
----------------------
Now let's get to the interview.
Birdfall: Tell me a little about Bankworth. What was your vision of him when you first started and how has he surprised you?
HBF: Bankworth 1.0 was the second character I ever rolled - technically my first alt, though I didn't think of him as a real character for a long time. He was conceived as the perfect gentleman butler to handle all of the tedious chores that my main shouldn't have to. Early in WotLK I rerolled him for a few reasons: to change his skin tone to one that better complimented a tux, to reset his level (he'd reached 2 by travelling between Orgrimmar and the neutral AH), and most importantly to change his class from Rogue to Hunter. The class change allowed him to use the Diamond-Tipped Cane and enabled me to make the lame joke that his class is Bargain Hunter. The biggest surprise for me is that Blizzard actually started supporting bank twinks with things like the Noble's Monocle and Diamond-Tipped Cane. As a result, Bankworth began feeling like a real character and not just a necessary evil.
Birdfall: What's your favorite customized part of Bankworth?
HBF: Easily his shoes. I've chosen to keep Bankworth based in Orgrimmar in order to make player-to-player trading easier, but the bank-to-mailbox-to-AH distance is greater than in Thunder Bluff, for example. Having a run speed enchant has made the running around a lot more bearable over the years. I was very pleased when they added Dress Shoes to the game; prior to that, the best visual match to the tuxedo was Frayed Shoes, a gray quality item. This offended both Bankworth's refined sensibilities and my own mild OCD.
Birdfall: Have you found that all of your customization makes him more fun at the Auction House?
HBF: In the AH you're usually just staring at an Orc's butt for five minutes while your scan finishes, and pants can only do so much to improve that view. The customization really shows its worth when I meet with someone from /trade to do a deal in person. One guy was shocked that I "wasted" a Hyacinth Macaw on a level 1, but I only smiled and explained that money doesn't really have any value if you don't spend it on things you enjoy.
Birdfall: Noblegarden. Did you have much help?
HBF: The achievement would have been extremely difficult without help. A friend with a Mechano-Hog drove me from Orgrimmar to Silithus and then from Thousand Needles to the border of Desolace; I didn't appreciate just how much time this saved me until I went on foot from Undercity to the Badlands. Having to corpse-hop all of Kalimdor would have taken a full day solo. The most vital help, though, was being turned into a bunny in Un'goro, since you can't get there on your own at that level without taking damage and losing your costume.
Birdfall: What was the hardest part of Noblegarden for you as a level 1?
HBF: As I mentioned above, the Hard Boiled achievement, which requires you to have the bunny buff while in the middle of Un'goro, is the biggest obstacle to a low level character. You only have three options to do it. Having a friend meet you there with a Blossoming Branch is the easiest. Getting the bunny buff from looting a Noblegarden egg and then being Warlock summoned is easier for you but requires a small (and patient) army of friends. If you absolutely have to solo it, you can buy a bunch of Noblegarden Eggs - the item that allows you to place an egg yourself - and corpse hop out to the spring. Then, once per hour, you could drop an egg, loot it, and hope it turns you into a bunny.
Birdfall: What was the funnest part of Noblegarden as a level 1?
HBF: Seeing half a dozen wolves running through my friend's bike exhaust, desperately trying to bite my face off was good for a laugh. Having an excuse to use the phrase, "Azeroth's wildest, hottest barely-legal girls" (in conjunction with the Shake Your Bunny-Maker achievement) was also a rare treat, though it didn't really have anything to do with being level 1.
Birdfall: Anything you'd like to add?
HBF: I wonder how many hits you'll get from the phrase "Azeroth's wildest, hottest barely-legal girls." Probably more, now that I've used it twice. No need to thank me. Enjoy the traffic! 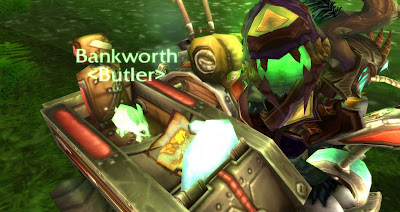 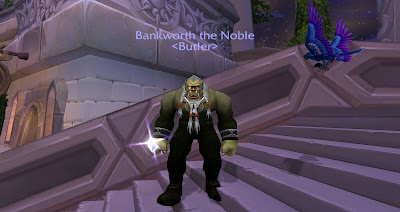 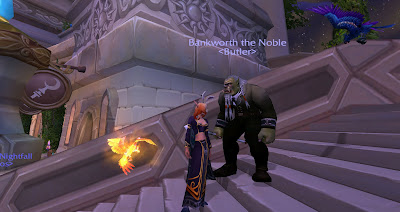