Generalize Me, or "The Casual/Hardcore Feud"

We have established that jackasses and morons exist. This post is not about them. For the sake of this post, I will only refer to reasonable, humane human beings.

I've avoided this topic for a long time because I didn't feel qualified to talk about it, but I've been thinking about it long enough and this WoW Insider post got me around to it. The title comes from my comment on that post:

As someone who is moderate and even occasionally casual, generalizations of, well, me made by hardcore players always seem to rankle.

Generalizations
My old friend Andrew used to get mad every time I generalized something. He said "You can't generalize things, everything is different and unique. People, situations, you can't reduce these to a single summary and still be correct. You have to choose, Beth. It's either the easy answer or the right one."

Since then, I've chosen to be right. It's so much more satisfying.

My Definitions
You will note that I left these definitions open-ended as to what these players enjoy doing. This is because every player is different and enjoys different aspects of the game in different degrees. Most players have more than one area of interest. 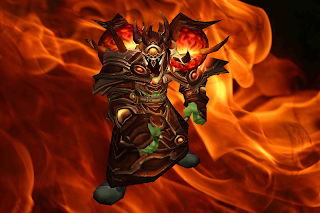 While the traditional definition of hardcore means super-raider or Gladiator (or both), I humbly submit that a player can be equally hardcore at pet collecting or making money. Most people assume that hardcore must mean everything endgame, but the true definition lies in the individual's intentions -- hardcore is a state of mind, not a list of achievements.

Hardcore implies the desire to not just succeed but succeed beyond others. It is competitive. It has the unfortunate side-effect of attracting people with superiority complexes, true. But we're not talking about them. We're talking about people who enjoy a good old-fashioned win after putting out massive effort.

Hardcore players play hard and put a lot of their time, energy, and resources into one or two big projects -- and their best high is a major win, whether it's a realm first kill, a Gladiator title, or just having the most gold or the nicest mounts. The point of being hardcore is to work hard and be the best.

The downside to this is that hardcore players often don't understand why anyone would settle for less than hardcore. The most dismissive hardcores do think everyone else is just settling and assume that people are moderate and casual because they can't compete at the highest levels. This isn't necessarily because hardcores are too arrogant to see the truth as much as because they really don't understand why anyone would play a game and not want to "beat" it.

Hardcores can be hard on the other two types because moderate and casual attitudes frustrate and confuse them. It's really as simple as that. 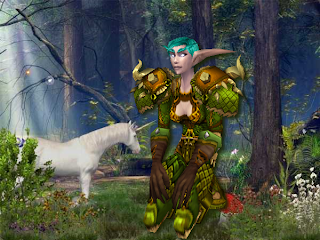 A large number of people cannot be hardcore. Period. Either they don't enjoy competition, don't have enough time (parents), or just don't care. Moderates often see "beating the game" as participating in every aspect of it and getting the best and most wide-spread experience for their monthly payment. Moderates are most likely to be interested in accumulating Achievements as proof of their varied interests, and while they would like the more impossible achievements that hardcores enjoy, they accept their own limitations (whether those limitations are time, temperament, preference, or skill).

The best way I can describe the difference between moderate and hardcore: A moderate would sit on a hill all day with binoculars to study a gorilla society. A hardcore would put on a gorilla suit and live among them.

Some moderates view the hardcore focus on only one aspect of the game as a misuse of time and resources. The majority of moderates prefer spreading their interests for the most enriching experience. They will acquire all the necessary tools to do the things they want (gear, knowledge, currency), but their chief concern is competence rather than competition.

Because of this, moderates tend to know details about a lot of different things and are great resources if you have a question. Though hardcore players delve very deeply into their favorite aspect of the game, moderates are capable of being a hardcore's equal in theory and strategy if a certain aspect of the game interests them. The main difference would be that moderates don't play that one aspect as hard or as often and a hardcore player has more personal experience to draw from.

Examples of Moderates: Most players fall into this category and definitely most WoW bloggers. I'm moderate because I keep updated with the frivolous, cosmetic side of the game, but I'm not "hardcore" about achieving everything myself. Husband likes to dabble in everything and knows a lot about gameplay, specs, and the technical side of things. You'll note that we both have gaps in our knowledge -- this is normal for moderates, who gravitate toward their favorite areas and roll across them like duct tape, picking up information and experience in a more haphazard way than hardcores. 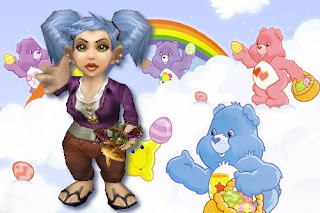 Casuals play to relax. They see no need to try anything they aren't interested in, and they consider themselves lucky to enjoy the game without hassle or pressure.

The purpose of the game for casuals is not to beat it but to utilize it to relieve the stress of their everyday lives. While casuals tend to be the least educated (about the game) as a group, this is not because they cannot learn, it's just because their goals in the game have little to do with knowing in minutiae what everything around them means. Because of the simplicity of their goals, they have no need to learn all the technicals. They enjoy the game with a simplicity and purity that they feel hardcore players should envy, because obviously hardcore players are far too stressed out.

A friendship between a casual and moderate is best, often resulting in a nurturing environment where the moderate teaches things to the casual and the casual enjoys the mellow company. Though casual players are more likely to be social players, they just as often play alone or with a real life friend or two.

Meetings between casual and hardcore players rarely go well, as their philosophies in the game are so very different. Casuals care about the quality of their play but don't seek the intensive self-training hardcores insist upon. This is why moderates are a good influence, insofar as encouraging casuals to learn about the game beyond their immediate interests, while placating frustrated hardcores when a casual does something ignorant in a group.

Again, ignorance does not mean stupidity and not every casual is ignorant (emphasis: I'm working on the theory that casuals don't know much because they don't need to know much, but casuals can be just as informed as anyone). Ignorance just means lack of knowledge (often due to lack of interest or lack of resources). The downside of playing as a casual is that they often get associated with "noobs," who by definition are players who are ignorant and refuse to learn and improve, while the average casual is perfectly willing to learn if someone wishes to tutor them.

Casuals tend to care about manners and other people and see hardcore tactics as rude and offensive, which gets casuals labeled "Carebears." I've never considered being a "Carebear" as a bad thing, though it's intended to be an insult and implies that the player is foolishly concerned with feelings over skill. The key to the insult is "foolishly." Many hardcores consider skill to be the mark of a good player, while casuals judge most people based on personality. These differences stem from their different goals -- hardcores want skill and casuals want politeness, both for the same reason: to enjoy the game the way they want.

Examples of Casuals: Young children tend toward casual play, as do adults with severe time restrictions. New players tend to be more casual, and you can find casuals more often among people who haven't reached endgame. Real casuals (not just moderates with a casual lean) don't blog that I know of or poke their heads into the community too much, so they don't have the best representation.

All three groups care about being respected, they just hold different values. There is no reason casuals and hardcores should be at each other's throats when their only real difference is how they choose to play the game. A casual who has never instanced isn't intentionally wiping your group -- just give them friendly, patient tips and they'll learn. A hardcore who reaches for triumph isn't devaluing others -- congratulate him for his wins and commiserate with him on his losses.

All three types have their share of bad-tempered morons who refuse to change. It is unfair and untrue to say one group has all of the idiots. Casuals tend to have more Noobs who want things just given to them; hardcores have more Pompous Jackasses who think they know everything and taunt others for mistakes or failure or having fewer status items; and moderates get all the Asinine Posers who play too much to be casual and know too little to be hardcore but still have an inflated ego for doing nothing of value.

We all have people in our style of play that we wish would go away, and it's unfair to base your assumptions of a group on the worst example you can find. We need to reach out to each other with the knowledge that we're not all the lowest common denominator and treat each other with respect.

It's entirely possible for people with different interests and levels of play to coexist peacefully as friends. It's even beneficial. I've been fortunate enough to play with all sorts of friends in IVV, and I've seen patient helpfulness exercised on all sides.

While WoW might never be the frolicking valley of Carebears I'd like, it can still be a place where we recognize each other with mutual respect and then mutually ignore and /lol at the morons we have to deal with on a daily basis.

Despite our differences, we can get along.
Posted by Beth at 7:55 AM