Their mother on guard at Nordrassil with the Sentinels almost day and night and their father often away in the Emerald Dream, Birdfall and her sister Latoria were raised by their grandmother, who had been a Sentinel in queen Azshara's palace before the War of the Ancients, and who survived The Sundering through sheer luck. She told stories to the girls of the great deeds of that war, of Cenarius and Malfurion Stormrage and the dragonflights, but their mother privately told Birdfall that their grandmother had been consigned to healers for the last part of the war and couldn't have seen it for herself as she claimed. Birdfall had put as much stock in the stories as her sister had, and the information was a crushing blow. She stopped acting out the famous battles with Latoria after that, though she never told her sister the reason why.

Already a serious girl by age 20, Birdfall found that she needed long stretches of time away from her talkative sister and eagle-eyed grandmother. She began spending more and more time with the only other elf maiden her age, a bright-eyed girl just beginning to study the druidic arts. Birdfall often accompanyed her friend into the forest, quietly whittling or sharpening her weapons while Mistwing communed with nature. As they grew, the pair honed their skills against each other in the quiet forests of Mount Hyjal, even while Birdfall's mother had her daughters groomed to guard the Well of Eternity under the World Tree, Nordrassil.

The other elves of Mount Hyjal looked at Mistwing with pity, because she had been born without words, but Birdfall learned to tell her friend's mind with the merest look or gesture and found the silence soothing rather than uncomfortable. Both girls found satisfaction in learning how to identify and harvest plants--Birdfall found particular solace in fishing, and though Mistwing would sit to the side and work on her herb-based pomices, she always wrinkled her nose and disappeared into the trees when it came time to clean the day's catch.

Though the three girls were very young, Birdfall fought in the battle of Mount Hyjal alongside her sister and friend. She saw both her mother and grandmother fall to the Burning Legion, though she shielded her sister from the sight.

After the battle, the sisters wearily faced the news that their father could not be awakened -- he was trapped in the Emerald Dream along with dozens of other druids.

With nothing left to protect and no one left to direct their destinies, the sisters followed their people to Teldrassil, where they began to heal and grieved the dead. Birdfall and Mistwing lapsed to the forests to meditate together, but their meditation took on a somber note and they no longer played war games among the trees.

When the Third War came upon them and the outside world intruded, Birdfall and Mistwing agreed to become scouts for the alliance. When that war ended, and Birdfall found herself reunited with her sister (who had fought with the Sentinels, though she was not one), Birdfall decided to travel and look at the world she'd been cut off from her whole life. Mistwing, ever loyal and adventurous, followed, while Latoria (still with the playful spark of life her grandmother had so loved) stayed to earn a place in the Sentinels as her mother and grandmother had done before her.

Birdfall took a job with SI:7 as a reconaissance agent and currently scouts danger zones for her superiors, thus giving her the chance to observe the world and get paid for it. Publicly, Birdfall goes by her surname to avoid the embarrassment of her given name, which she hates.

Mistwing brings a welcome amount of cheerful assistance to Birdfall's missions and keeps her from being too serious.

Personality
Birdfall hates attention. She gets grouchy when anyone makes a scene, which her friend and sister do all too often. Thus she can be a stick-in-the-mud in public places.

She enjoys the feeling of a job well done and respects others who do their work without muss or fuss.

She cares deeply about her friends and family, though her immediate social circle is often limited to her best friend.

Outfit, Pet, Mounts
Modest, dark clothing chosen to blend into her environment. Hair must be sensible, not at all flashy, weapons must be neat and clean. She has a Netherwhelp, found by her hapless sister in a mage's tower and mistaken for a chicken egg.

She rides the large cat of her people but her desired ground mount is the Raven Lord (for the way it fits with her name -- Birdfall and a bird that cannot fly).  Her favorite flying mounts are Violet Proto-Drake and Blue Dragonhawk because they match her coloring.

For gear, view her armory.  Birdfall receives gear from 5-man heroics.  The LFG tool has allowed her to improve her gear so that she's not in blues and greens anymore. 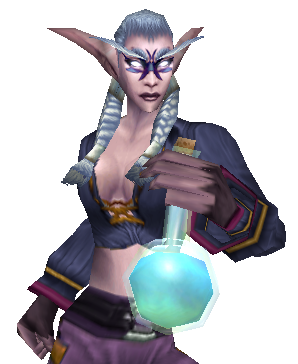 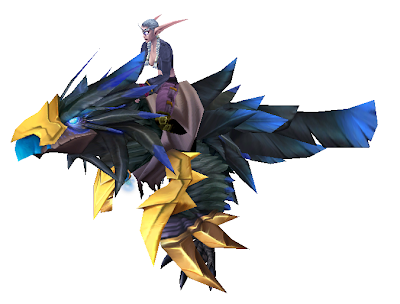 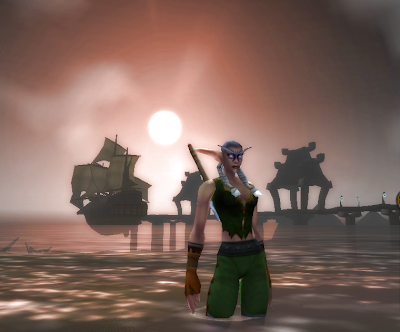 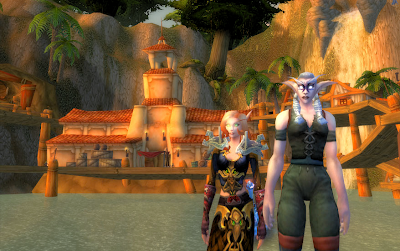